Hakan Ozyon is struggling to remember the name of Sheikh Mufti Muhammad Taqi Usmani, the economist who chairs the Dubai-based Accounting and Auditing Organisation for Islamic Financial Institutions (AAOIFI).

“Sorry, I’m fasting at the moment and haven’t had any coffee,” he says.

Ten more days remain until Ramadan ends and Muslims can celebrate eating and drinking between dawn and dusk again. “You know how people get drunk on beer? We get drunk on sweets,” he jokes.

Ozyon, the chief executive at Melbourne-based Hejaz financial services, has more to look forward to than sugar. After the success of his firm’s Islamic investing services over the past few years, Hejaz has set up its own AFSL and is looking to roll out a financial planning offering to the Australia’s growing Muslim community.

“200 advisers is our aim,” Ozyon tells Professional Planner. “The Muslim community is not small.”

While Census figures put the number of Australian Muslims at about 650,000, Ozyon says the figure is much higher. “We know a lot of Muslims aren’t listed,” he says, “There’d be over a million.”

The Muslim financial advice market is a largely underserviced one. While there are small advice firms offering Islamic advice services, none do so at scale. Muslims are often – mistakenly or otherwise – put into non-compliant investments or resort to accepting non-Islamic investment advice. Many avoid financial advice entirely.

Ozyon says it’s “disturbing” how many advisers provide non-Islamic advice to unwitting Muslim clients.  “Presenting products as Islamic that aren’t in order to make money off it is quite sad,” he says.

Sitting in his Melbourne office, Ozyon explains some of the nuances of Islamic (otherwise known as ‘sharia compliant’) finance.

In accordance with the Islamic law, Muslims are only permitted to raise capital in certain ways. Central principals are the avoidance of usury (‘riba’) and ambiguity or deception (‘gharar’), meaning interest payments and traditional insurance products are forbidden (‘haram’).

From there, the detail gets finer. According to the rules set out by the AAIOFI – which acts as a global governing body for Islamic finance – investing in leveraged companies is permissible, as long as the debt to asset ratio is less than 33 per cent.

Much like other forms of socially responsible investing, sharia compliant (‘halal’) investing also excludes investing in alcohol, weapons and drugs, but with a five per cent tolerance.

“It’s not as simple saying we can’t deal in certain activities, it’s a lot more complex than that,” Ozyon explains.

Despite dating back to the seventh century, Islamic finance lost prominence in the new world order of finance before burgeoning oil profits in the Middle East contributed to the AAIOFI’s formation and its subsequent re-emergence.

According to the Islamic Development Bank global Islamic finance assets totalled USD $2.88 trillion in 2019 and are forecast to reach USD $3.69 trillion by 2024.

Ready to ramp up

Over time, Ozyon realised the firm’s advice arm was not strong enough to serve demand.

“We felt like we weren’t getting into the community fast enough,” he says. “We’ve had about five sharia compliant advisers for years now, operating under the Inteprac AFSL, but what we now want is to extend our reach with more advisers and bring them up under a new AFSL as sharia.”

Incoming advisers will be trained on sharia advice internally, he says, and don’t need to be Muslim themselves. “We actually have a lot more non-Muslim staff than Muslim staff.”

Apart from the investments, he says, the advice experience varies little from that of a generic adviser. “It hasn’t got much of a different feel, the interface is very similar to other advisers,” he adds.

“Muslim Australians are diligent savers and, given the choice, will always gravitate to financial products that align with their faith and values,” she says.

Ozyon wants 50 advisers by the end of 2021 and up to 200 eventually, which would – as it stands – put the group just inside the nation’s top 20 licensee owners by adviser numbers. For comparison, the $240 billion FUM Shaw & Partners has exactly 200 advisers according to the latest figures from ASIC.

It won’t be easy, especially given the current shrinking adviser cohort. But Ozyon believes the community is behind him and the market for Islamic advice stretches beyond the Muslim world.

“Five percent of my clients are non-Muslim,” he says. “They just like what we offer.”

This article was first published in Professional Planner on 4th May 2021, written by Tahn Sharpe, and is republished with permission. Click here to view the original article. 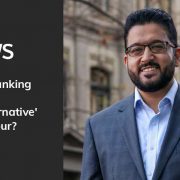 Is Islamic banking Australia’s ‘ethical alternative’ to the big four? 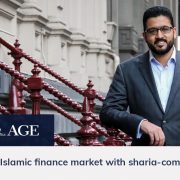 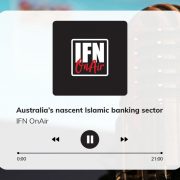 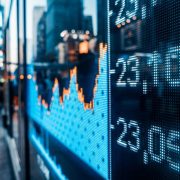